The latest surgical techniques for thetreatment of disease or injury of the knee.

Take a look at our knee videos

The knee joint is the largest joint in the human body. Its complex anatomy means that it is very susceptible to injury and disease. Prof. Dr. med. Sandro Fucentese and his team use the possibilities of arthroscopy, minimally invasive surgery, computer-assisted navigation and individualized patient-specific surgery.

The knee joint is an extremely complex joint that is subjected to multiple stresses and strains. For this reason, injuries from accidents and sporting injuries are common.

Our expertise in accident and sports injuries

Our expertise in diseases and chronic complaints

Quality control, innovation and scientific approach as well as the application and expansion of the latest knowledge and techniques are the standard of the clinic.

We are happy to arrange appointments on site or online for Tuesday and Thursday.

Together with the posterior cruciate and lateral ligaments, the anterior cruciate ligament (or ACL, as it is known) stabilizes the knee joint. In this way, it protects structures such as cartilage and menisci inside the joint. ACL tears are usually caused by accidents when skiing, playing football or during similar sporting activities. They are often associated with injuries to the menisci, lateral ligaments, and cartilage. The initial pain and swelling is followed by a feeling of instability.

Various diseases and injuries may lead to typical wear and tear of the surfaces of the knee joint. The result is increasing pain and restricted mobility. If all possible conservative treatment has been tried, an artificial knee joint has to be considered. If the entire joint is affected, as you can see in the video, the only remaining option is often a total knee joint replacement, which is also called a total prosthesis or total knee implant.

During a person’s lifetime, changes in the leg axis may occur from natural causes or due to disease or injury. Malalignment of the leg axis may lead to osteoarthritis of the inner or outer side of the knee joint – often with resultant pain in the damaged area. This video shows you how the axis can be corrected by a wedge osteotomy when, for example, only the inner side of the knee joint is affected by arthritis. 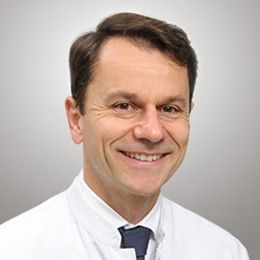 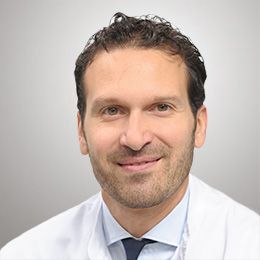 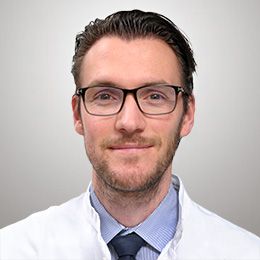 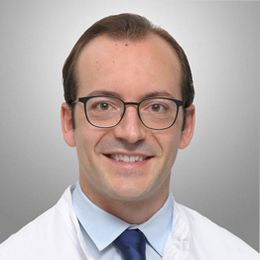 Brochures (available only in German)